Step Into The Ring 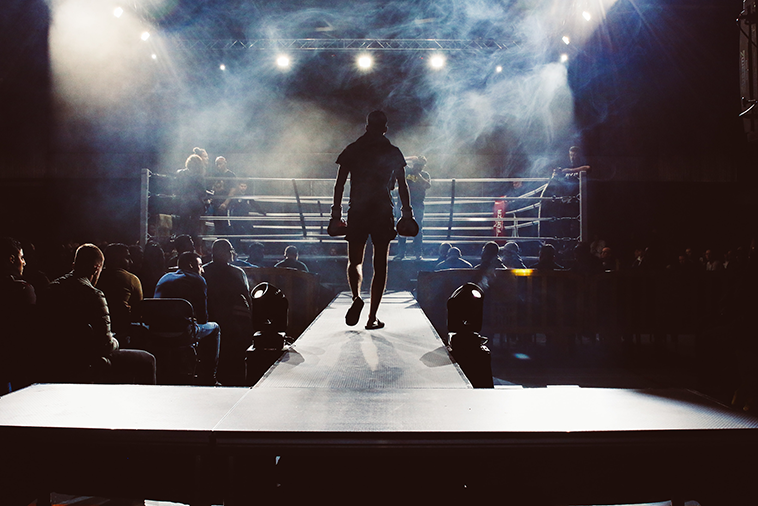 Sounds so simple.  Just step into the ring.  But sometimes we see an obstacle…and we lose perspective….we experience fear.  And we stop.

I will never forget this story.

My father is my mentor.  I still miss him after all these years.  However, his lessons have stood the test of time.  And this one has helped me through many obstacles in my transition into a life by design…a life as an entrepreneur.  See if it speaks to you.

When my dad was 14, he decided to become a Golden Gloves boxer.  He had a young boy’s desire to prove he was growing into a man.  At the time, he was surrounded by heroes….men and women that had returned from WWII and Korea.  He was inspired to prove himself.  At 14, my father was under 5’5″ and weighed barely 100 lbs.  He was flyweight…a very slight young man with a heart of a lion.  In fact, my father would never be a big man…he would be 5’10” as a grown man and always retain his slight build.  But don’t let appearances mislead.

Like most young men seeking out Golden Gloves training in his neighborhood, he went down to the local gym and met Sarge.  Sarge was a huge man…over 6’5″, 250 lbs.+ and a former WWII Marine.  Sarge had a huge arm span and fists the size of sledge hammer heads.   He took no crap.  But Sarge had a love….a love for boxing.  He saw boxing as more than just a sport…it was a metaphor for life.  He wanted to teach other young men that metaphor and help them grow.  However, these young men had to overcome the first fear they would face in order to learn from Sarge.  They had to ask.  They had to ask him to train them.  Their father couldn’t ask.  And older brother couldn’t ask.  The young aspiring fighter had to ask.

Sarge had the same response to all that had the courage to ask.  “Okay, Kid.  Let’s see what you got.  Lace up!”

The young boy would light up.  They were going to get to spar and show Sarge what they had.  They would rush to the ring.  They would get laced up.  And then they would lookup.  In the middle of the ring, Sarge….with his gloves on…shifting his weight and shrugging his big shoulders.  “Well, come on, Kid.  Show me what you can do.”

One of two things always happened.  Either the young boy would shake off his gloves and leave the gym….overcome with fear.  I can’t box Sarge.  Why even try?

But a select few….would swallow hard….take a deep breath….and climb into the ring.  They would move to the center of the ring….and tap gloves with Sarge.  They would take what they believed was a boxer’s stance and brace for the blow.

Sarge would give a half-smile.  Shake his gloves off.  Pat the young boy on the shoulder and say, “Kid, you got what it takes.  We start today to make you a boxer.”

In my business….in my life…I love working with people that get in the ring.  They don’t shake off their “gloves” and refuse to try.  I look for courage.  I had to find mine and it made all the difference.

Ready to lace up?